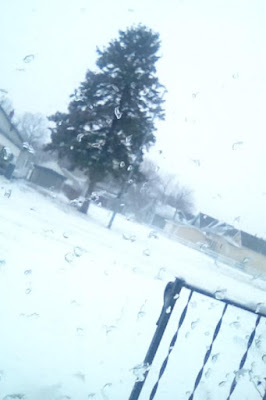 December is drawing to a close in a winter yuck-land, which is why I'm posting this early.  I don't want to chance the library being closed on the 31st due to weather.  So, what have I done this month? 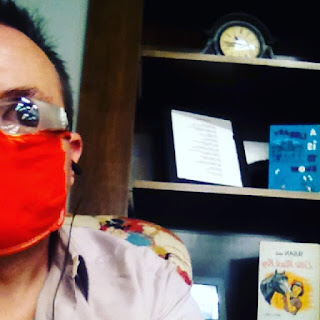 I blogged a lot about NOWHERE and added another piece of the supernatural jigsaw puzzle I started in 2014.  NIGHT CALLING made me feel kind of proud.  I also released a video about my small town life.

I don't want to officially say SMALL TOWN PERCEPTION is my final video for The FreakOptic Files, but I feel like stepping back a bit from my visual blog.  Even though 2020 has been an artistically good year for my video creations, I'd rather focus more on writing in 2021.  Yeah, I'll probably end up in an obsessive video creative jag next year just to make myself sound like a fool.
Where will my writing take me in 2021?  I hope to continue my aforementioned supernatural jigsaw.  I imagine at least two more short tales in the series.  I will also be participating in a blogathon in January, which should be fun!  There are other projects on my radar, so we shall see.  All I can promise is to try to keep my freak light shining in the new year. 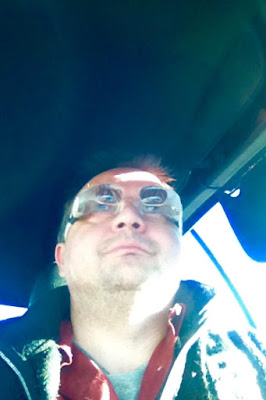 Thank you for reading or listening to my half-blind words this month and this year!  I appreciate you more than I can say!
Catch you in 2021!
Freak Out,
John L. Harmon
P.S.  PHOTOGRAPHIC GHOSTING was my most read post this year and DRONES OVER NEBRASKA! was my most watched video.
~~~~~~~~~~~~
The Collective Eye is going to open a little differently in 2021, so here is one last glance at December...

"LA. is like..nowhere.  Everybody who lives here is lost." - Dark

I was living in Omaha, Nebraska in the late 1990's when my boyfriend (at the time) and I were driving around.  The radio station we were listening to announced they were giving away free CD's in their parking lot.  This was before Spotify, so we were soon part of a crowd digging through a pile of plastic cases.  There was some sort of contest about a ticket hidden in one of the CD's, but I remember not really caring about the prize.  I was more interested in the music, especially when I  picked up a soundtrack to a film called NOWHERE. 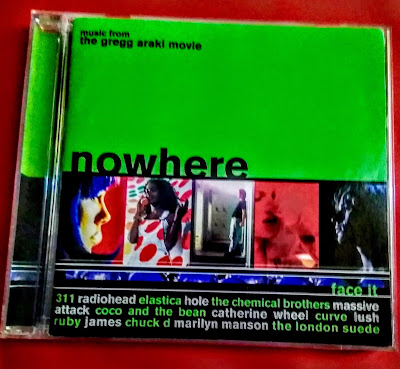 I became obsessed with this compact disc.  What kind of film was NOWHERE?  How did the songs on the soundtrack fit into the film?  How had I not seen nor heard of this film?  I was even more intrigued because I recognized some of the actors in the photos, but this was either before Internet Movie Database or before I heard of the site.  So, I searched all over Omaha for the film, but NOWHERE was, like...nowhere.
I just kept listening and obsessing over the free CD I stumbled upon.  I was introduced to some great music, which painted many hypotheticals of NOWHERE.  A few songs quickly became favorites.  Life Is Sweet (daft punk remix) by The Chemical Brothers is a repetitive techno-beat that I wished my fave dance club would've  played.   Nowhere by Curve is a sexy, sultry ode to destruction ("An end must come to all this fun").  I Have The Moon by Lush may go down in history as my favorite love song because it's romantic, sad and wonderfully tragic ("You're  bound to die under the sun").  Trash by The London Suede is a joyous celebration of living on the fringes of society, which I related to then and now ("We're the litter on the breeze").  Plus, 311, Hole, Chuck D and Marilyn Manson provide some edge to NOWHERE.
In a plot twist of fate, a cousin in Grand Island, Nebraska randomly rented NOWHERE and she knew I needed to see this crazy film she discovered.  It was like the clouds parted and a beam of light shined down upon me.  I finally found out what NOWHERE was about and the music & photos at last made sense, well, sort of.   I eventually located NOWHERE in an Omaha video store.  There was a DVD available but I didn't own a DVD player, so I purchased the VHS.  Flash forward 20 years or so, and I finally found a DVD on eBay.  (More about that happy moment here...http://freakboyzone.blogspot.com/2020/12/freakboy-on-film-nowhere-1997.html)
In conclusion, I enjoy the soundtrack to NOWHERE so much that I purchased a used CD after my free radio station copy was stolen during the infamous 2004 Memorial Day Break-In of my Omaha apartment.  For those without a gadget that plays CD's, I've noticed a NOWHERE playlist or two on Spotify and they may include a more complete soundtrack than the disc.
"NOOOOOOOOO!!!!!" - Dark
Thank you for reading or listening to my half-blind words.
Freak Out,
JLH
P.S. A different post about a different Omaha soundtrack...
https://freakboyzone.blogspot.com/2020/02/freakboy-muses-music-joanna-original.html
~~~~~~~~~~~~~~~
In case you want to give the gift of words this holiday season...

I Googled my book (Dark Excursions: the complete set) one evening and spotted a copy on eBay.  This lead me down an eBay rabbit hole of searching for whatever popped into my mind.  Eventually, a DVD of Gregg Araki's NOWHERE was on my screen and it was reasonably priced.  So, I placed my very first order from eBay.  I've enjoyed a lot of the Araki films, but this one has long been my favorite and I had been hoping to find it on DVD for years.

What is NOWHERE?
Well...
"Are we still in reality?" - Dingbat
Dark is having a really strange day.  His girlfriend believes in giving love and sex freely to anyone.  A dreamy boy from class has been occupying his mind.  He feels his time is near, like a premonition of his own death.  An alien (directly out of Star Trek) is wandering around abducting people.  Oh, and it's Armageddon Day, but all Dark wants is someone to love him completely.  What's a morose 1990's teen gonna do?  Buy a bunch of CD's, play kick the can, go to a drug-fueled party and brood, of course. 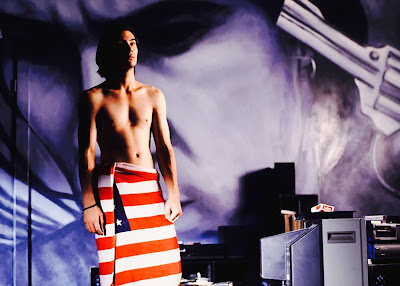 What else can I say about this neon saturated, alterna-pop, frenzied sci-fi, satirical drama of teen angst and ennui at the end of the world?  The plot, if there is one, weaves through various oddly named characters and their romantic entanglements.  All of these threads connect through sex, violence and music, culminating at Jujyfruit's party, the social event of the season.  When viewing NOWHERE, I recommend checking your critical mind at the door and just go with the crazy dialogue, the surreal visuals and the fun cameos. 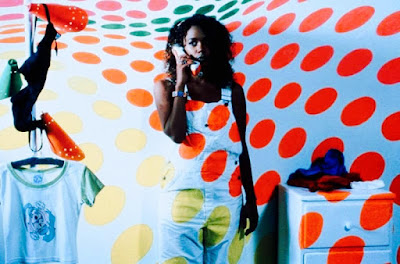 Beverly D'Angelo (Vacation) is Dark's loudly blunt mom.  Eve Plumb and Christopher Knight (The Brady Bunch) are parents of a very troubled son.  David Leisure (Empty Nest) is a father to a very troubled daughter.  Charlotte Rae (The Facts of Life) is an intense street corner fortune teller.  Lauren Tewes (The Love Boat) is a talking head on the perpetually bad news program.  John Ritter (Three's Company) is a televangelist leading the teens to a questionable salvation.  Plus, in a tragically all too brief scene, Traci Lords (Cry-Baby), Shannen Doherty (Heathers) and Rose McGowan (Scream) turn up as a trio of post-'80's Val-Chicks. 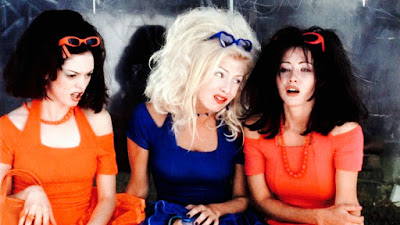 There is also plenty of familiar faces to be seen in the main cast.  James Duval (Independence Day) is our moody protagonist Dark.  Rachel True (The Craft) is free-lovin' Mel.  Ryan Phillippe (Cruel Intentions) is oversexed Shad.  Heather Graham (Boogie Nights) is sex bomb of little to say "Dogs eating people is cool" Lilith.  Scott Caan (Varsity Blues) is the nice guy with the epitome of nice guy names...Ducky.  I could go on and on with this list but there is one familiar face that stands out and is truly a revelation. 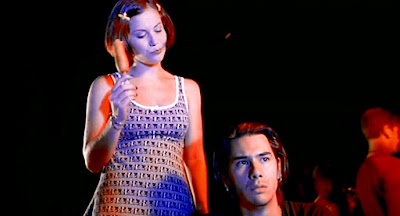 Christina Applegate (Married With Children) expertly leaves vixenish Kelly Bundy far behind as awkward, kind of nerdish Dingbat.  She's smart, down-to-earth, and brave, despite her ridiculous name.  There's a genuine sweetness and innocence in Dingbat, which is a stark contrast to the debauchery going on around her.  In a film full of highlights, Christina Applegate shines bright and gets some great lines.  "Am I like the only person on this cosmic plane who ever goes to class?"
So, that is NOWHERE in a nutshell. 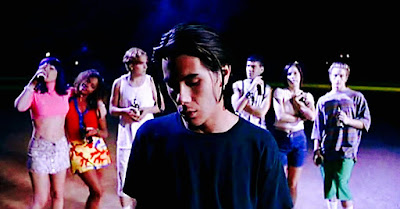 The DVD I ordered arrived in about a week and was exactly in the condition described.  My only complaint, which has nothing to do with the seller, is the company which released this DVD omitted a post-end credits scene.  A little disappointing, but I can live with this oversight.  Overall, the first half of my first eBay experience was a success.  Yes, there's a DVD of a recently reviewed film heading my way from Greece.  It probably won't arrive until 2021.
In conclusion, watch your step, grab a corn dog, keep an eye out for roving gangs named after classic gaming systems and enjoy NOWHERE!
Thank you for reading or listening to my half-blind words.
Freak Out,
JLH
P.S.  A recently reviewed film... 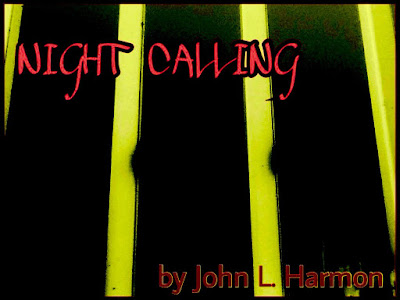 She whispers in the corner of her prison.  What else would one call a room with a solitary barred window?  The joke is on them, for they are the ones in prison.  The prison of denial.
"I saw him."
She whispers and softly laughs.  There he was on the night the sky burned.  Stumbling from the fire as if the flames somehow returned him to the world.  He melted into the darkness before she could call his name.
"Henry."
She whispers and quickly covers her mouth.  The forbidden name brought her to this prison.  She said it to them.  Shouted that he lived but they scolded her.  Moral girls do not venture out at night unescorted.  Sane girls do not imagine seeing phantoms.
"He was flesh."
She whispers and wipes away tears.  He was real but moved in a dream.  Someone learning to be new.  Was he not the same man she listened to?  Coins for conversation, unlike the other boys.  Conversations and confessions that would have brought him here.
"I'm not mad."
She whispers and closes her eyes.  Squeaking wheels shriek into her prison.  Which night is it?  Clanking metal keys thunder into her ears.  Is it her night?  Creaking hinges scratch at her mind.  Is it the kind one?  The one with the promise?
"You are not mad."
The night nurse whispers.  She enters the small room, leaving the cart in the corridor.  The suffering, disheveled creature huddled in the corner turns to see and visibly relaxes.  She kneels and locks eyes with the patient.
"This is the night."
The night nurse whispers the promise.  A faint smile shines from the patient's smudged, tear-streaked face.  She chose this tragic soul with one glance of loneliness.  Whose loneliness?  Such thoughts no longer mattered.
"You will be strong."
The night nurse whispers, drawing close to the patient.  How many lives has she transformed?  She lost count long ago, but she senses this will be her last.  Brushing away tangled blond hair, she moves closer.  A white film slides over her obsidian eyes.
"You will be beautiful."
The night nurse whispers before sinking her fangs beneath skin.  She drains the pain and memories away.  Close to the edge, but leaving a breath of life.  Specific preparations must now be seen to, but they have all night.  Gently wrapping a peach-hued scarf around the patient's neck, she cradles her in the darkness of the asylum.
"You will be forever."
2020, John L. Harmon
~~~~~~~~~~~~~~~
This story may share threads with...
INTO THE FOLD
LAST MOMENTS
SCAR TISSUE
A GRAVE SITUATION
~~~~~~~~~~~~~~~
Thank you for reading or listening to my half-blind words.
Freak Out,
JLH
P.S. A different post about different vampires...
http://freakboyzone.blogspot.com/2016/10/booking-freakboy-salems-lot.html
~~~~~~~~~~~~~~~
In case you want to give the gift of words this holiday season...