13 tubes of my blood were being tested 200 miles away as I continued waiting.  Waiting for a phone call to hear what was wrong with my left eye.  Waiting to hear if it's vision could be restored.

The specialist had easily diagnosed the grey blob slashing through my right eye.  It was old damage and whatever had happened resulted in Optic Atrophy, a thinning of the optic nerves.  It was permanent and that alone ended my driving days, even if vision could be fully restored in my left.

So, I hoped, which is something I don't do well.  Too many times I had seen hope shattered by reality, but I tried to stay positive.  I hoped my blood would show something treatable, like a virus.  I hoped a pill or surgery could reverse the loss I was experiencing.  I hoped I would be able to read my favorite books again.  I hoped for so many things that would be possible if my left eye could see again.

The phone rang and my sister glanced at the caller ID.  It was the eye specialist. The phone rang again and I took a deep breath.  All of my hopes and all of my fears spontaneously flashed through my mind as I let the phone ring one more time.

I answered the call and was disappointed to hear it was not the specialist, but her assistant instead.  I supposed doctors were busy, even when life-altering news was on the line.  In the end, it didn't matter to whom I spoke to because the news would be the same from either messenger.

The specialist's assistant started with a recap of my right eye, which made me want to scream.  It was old news and the results of the multiple blood tests would have nothing to do with it.  I bit my tongue because my heightened emotional state would've made it dangerous to speak out of frustration.

The call finally reached its purpose as my patience was about to reach its breaking point.  The specialist's assistant informed me that the 13 tubes of blood revealed nothing, which lead to one conclusion.  She rattled off a three word diagnosis and then proceeded to explain it was a loss of blood flow event, most likely caused by high blood pressure.  I was informed that the damage was untreatable and then was asked if I had any questions.

My mind was empty.  My vision loss was permanent.  Untreatable.  Irreversible.  There was nothing to be done.  All I could see was hope shattering before me.  What could I possibly ask?

Somehow I found enough words to ask if she could spell the diagnosis.  Such a question seemed utterly ridiculous to me, but also of the utmost importance.  As the specialist's assistant spelled it out for me, I spelled it out so my sister could write it down.

I thanked the specialist's assistant for calling.  She probably mentioned if I had any questions to call, but I don't remember.  All I remember was sitting in silence, hearing nothing but a hollow sound echoing through my mind.

This was it.  There was no going back.  Even as I sat there, trying to process the information, I could feel how easy it would be to close the curtains and bury myself under blankets.  Withdraw and shut out the world until there was nothing left of me.

I finally spoke.  Quiet.  Stilted.  As if my mind and voice were disconnected from each other.  Shoving my emotions down my throat, I told my sister what was going on with my left eye.  There would be plenty of time later for crying or withdrawing or however I needed to react to my new half-blind normal. 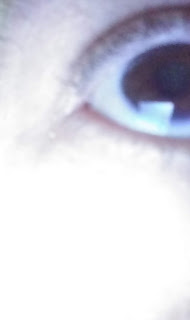 I conducted a Twitter poll to see what I should blog about next.  There was a tie and this untold eye stuff is one of the winning choices.  Here is a link to the other winner...a very short story...
https://freakboyzone.blogspot.com/2019/08/in-shadows-very-short-story.html

IN THE SHADOWS (a very short story)

He stands motionless in his neighbor's living room, staring out the ornate front window.  The gentle evening sun casts crooked shadows over the bloodied walls and furniture.  Scattered behind him, his neighbor is no longer screaming in terror.

A distant siren penetrates the whispering trance he is under.  Other neighbors must have heard the commotion, but that was to be expected.  He knew the act would be violent and loud because the shadows told him so. 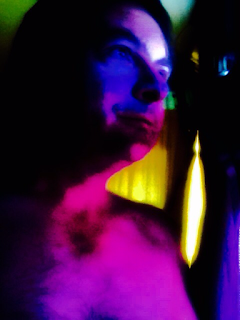 I conducted a Twitter poll to see what I should blog about next.  There was a tie and this very short story is one of the winning choices.  Stay tuned for the other winner...Untold Eye Stuff! 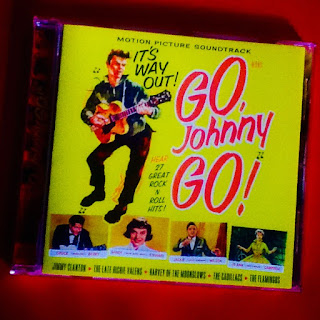