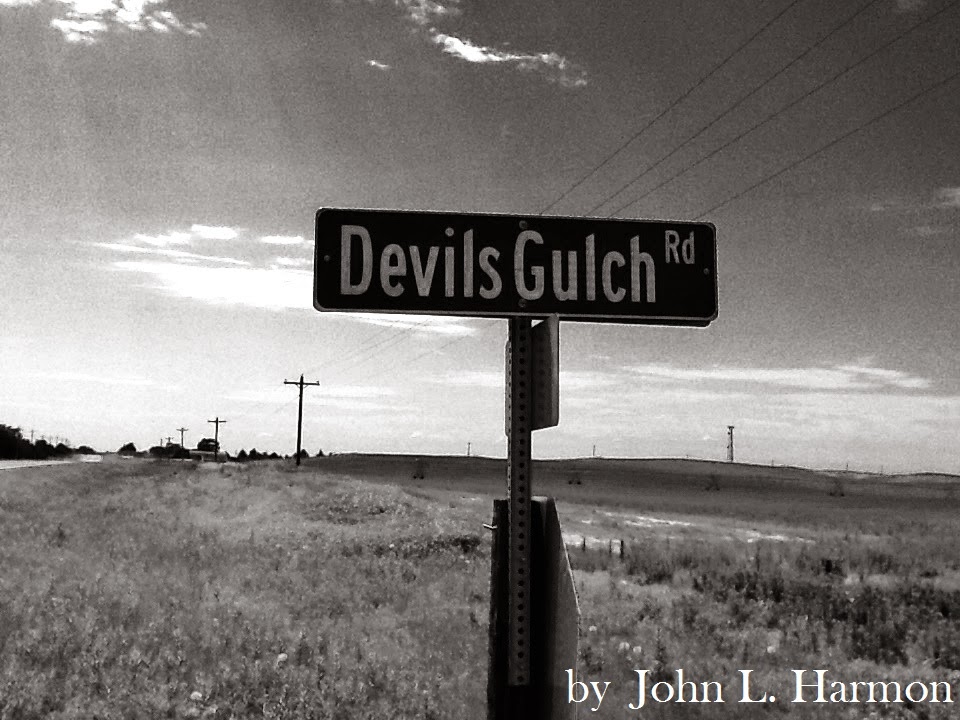 Jacob Spitzer, a wiry crop farmer of 49, is no stranger to hateful bitterness.  His emotional temperament is of the volatile type which focuses on one incident, clinging to it, and mulling it over again and again.  The memory will become something larger and more fictional than the original incident until action must be taken.  This is why he now finds himself waiting on gravel and dirt.


Garrett Randall, a barrel-chested oil baron of 51, is no stranger to the envy of others.  His emotional temperament is of the type which never forgives a slight to his person.  Even a small, flippant remark cuts deep, but if the slight is an inflammatory accusation against his moral structure, then action must be taken.  This is why he now finds himself stepping onto gravel and dirt.


It was 25 years ago when two friends sat down for an amiable game of cards.  Both men were newly established within the farming community of the area, Spitzer with several acres of crop land and Randall with a nearly equal amount of land for cattle rearing.  As the night and the game wore on, the betting increased alongside the liquor consumption.  It soon became apparent to both players who was on a winning streak and who was on the losing end.


Garrett Randall walked away that night with intoxicated bravado and an extra acre of land for his cattle.  Jacob Spitzer walked away that night with less land and an inkling of intoxicated suspicions.  While their friendship wasn't completely damaged by this outcome, the two men slowly began to drift their separate ways, only meeting by occasional chance.  The damage wasn't complete until Randall, while excavating an area for a man-made pond, struck oil and proceeded to collect wealth beyond dreams from this newly won acre.  It was then the suspicions of underhanded dealing Spitzer had experienced after the card game developed into an intense grudge.


Jacob Spitzer nursed this grudge day after day, week after week, month after month, and year after year until he finally cracked under the strain.  With little warning, and even less ceremony, he accused Randall of being a nefarious cheat and challenged the oil baron to a duel.  Randall, with his temperament, couldn't let this offensive accusation pass, readily agreeing to the challenge.  The time and place were quickly arranged, leading both men to the gravel and dirt road where they now stand.


No words are exchanged in the heat of the late morning.  Sweat clings to furrowed brows as tense hands wait.  Wait for the agreed upon signal to draw and put an end to what each man considers to be an unforgivable situation.  Just when animosity is about to break its silent restraint, it happens.  The ringing of the noon bell from a nearby town echoes across the fields and two former friends fire all their contempt at one another.


Two long days pass before the remains of Jacob Spitzer and Garrett Randall are discovered among the gravel and dirt.  Local knowledge of the men, accompanied by the pistols clutched in dead hands, sufficiently answer all questions.  The residents of the nearby town stop to mourn, but soon go about their daily lives, occasionally shaking their heads and remarking how nothing good ever happens on Devils Gulch Rd. 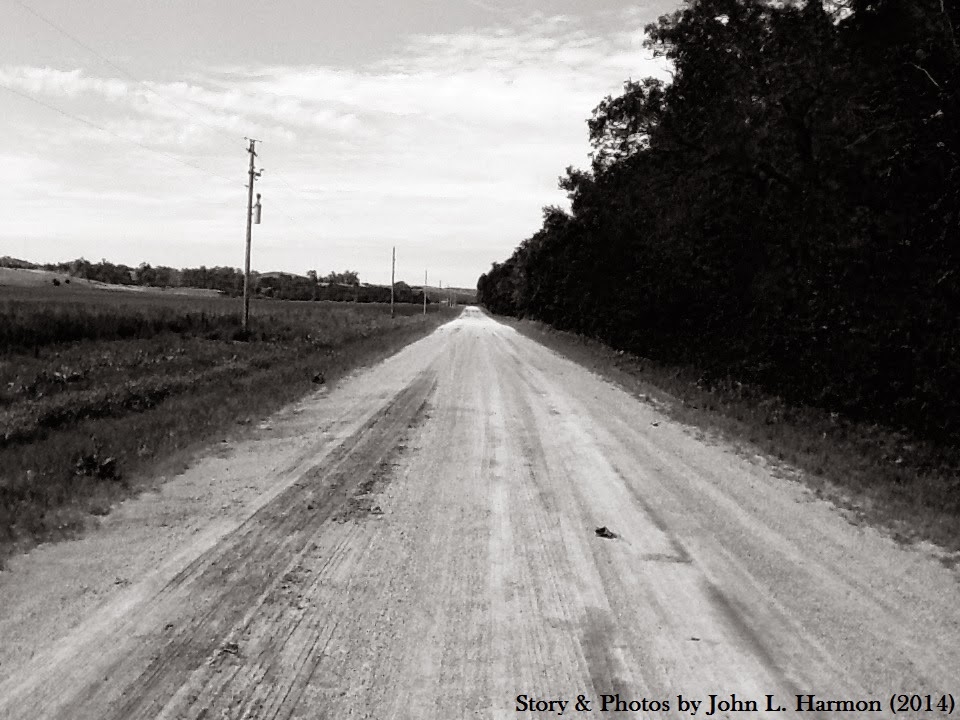 Be Well, Readers, and Freak Out,


The sky mourns for no one 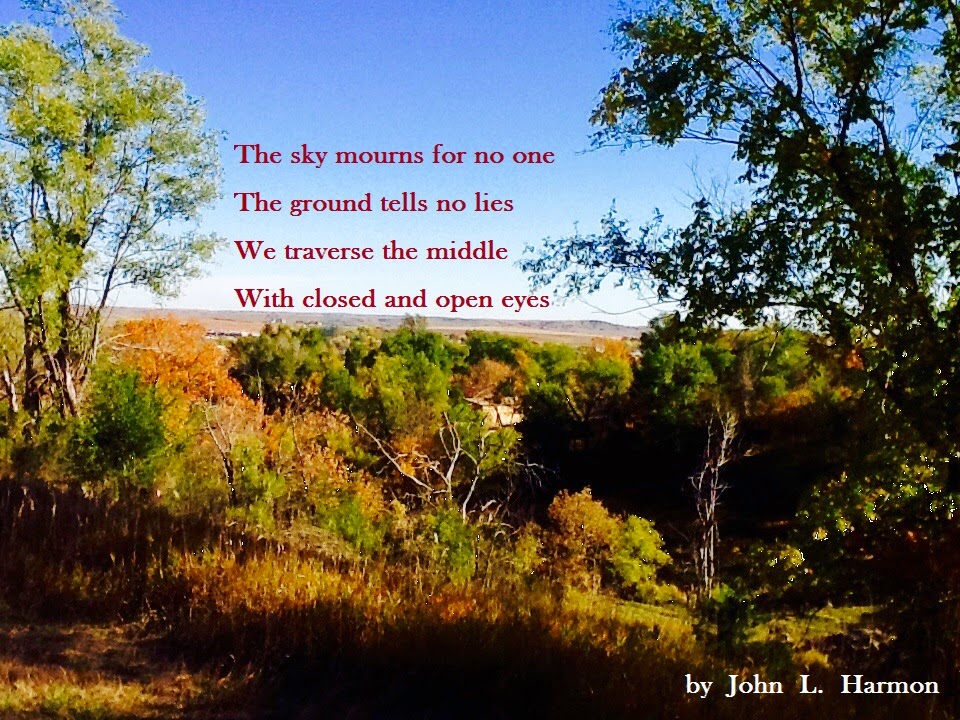 I decided to release one more sample chapter of my e-book serial.  Out of the 90 chapters that comprise Dark Excursions, this one may be my favorite.


Cheryl Van Der Van observes her longtime friend sitting stoically, only a pair of tossed aside gardening shears for company.  His feet are spread evenly apart, his one hand clutching a leg.  No discernible expression can be found as he gazes off into the distance.

She gingerly steps closer to the gazebo, unsure of what his response will be.  More has changed in the last twenty-four hours than in the four months she had been away.


"Good morning, Dinkel," she nervously greets with a sincere smile.


He responds with caution, unsure if Anapola spoke the truth over her daughter’s concern, "Good morning, Cheryl."


"You don't have to ask," Dinkel states, feeling at ease with her politeness.  "After all, it is your gazebo."


Cheryl, sensing his comfort, enters the structure.  "Technically, it was my father's."


"That’s what my mother has always told me."  She walks across to where Dinkel is seated.  Along the way, a particular area of the wooden floor creaks and gives a bit, but she pays it little mind, "I know that Father would sometimes use this place to meditate."


"I remember seeing him here a few times, all drawn up in thought."  Dinkel looks around at the neatly trimmed shrubs, "I can see why.  It’s peaceful."


She calmly situates herself beside him.  No words are exchanged as they completely absorb the bucolic surroundings.  Fresh air carries the pleasant aroma of flowers and the soft songs of faraway birds.  The warm sun caresses the shrubs, bringing with it the promise of life.


"Are you mad at me?" Dinkel gently breaks the serenity.  He continues looking forward, afraid to see her expression.


"For what?" she asks for clarification, not facing him for the same reason.


Dinkel barely wants an answer, but he needs to know, "For keeping the truth about your father's death from you."


"You were following Mother’s impossibly tyrannical demands.  I can't be mad at you for that, Dinkel."


"I just wish I would have handled things better."


She knows precisely what he means.  "Are you angry with me for telling Crop the truth?"


Silence trickles back in, collecting and reshuffling their thoughts.  No more talk of the deception involved in the untimely death of Charles Van Der Van, at least for today.  There is something far more current to discuss, even though time already seems to be making the subject irrelevant.


"Why Crop?" Cheryl faces him, needing to see his expression.  "Why did you fall in love with him?"


Dinkel turns, not afraid to look at her, "You know how easy he makes it, Cheryl."


She sees it in her friend's blue eyes: a look of adoration for the man.  "Why didn't you write to me about the relationship?"


He sees it in his friend's hazel eyes: a glimmer of sadness for her lost first love.  "You had been in love with him, Cheryl.  I felt like I was betraying you."


"Mother betrayed me with Crop.  You were just following your heart."


"It doesn't matter now," he chuckles hollowly.  "You and I have both lost him."


"But...are you still in love with him?" Cheryl asks without spite.


"But he is my past," Cheryl concludes.


"I guess he's my past, too."  Dinkel gazes languidly at nothing specific.


Cheryl follows his gaze, hating to see him so lost.  "A friend once told me that regret slowly and silently destroys everything."


"Your friend would be right."


She nods in agreement, "We can't change the past, Dinkel, but we can be strong and diligently face the future."


Dinkel holds out his one hand, initiating the old game.  Cheryl instinctively reaches out to slap it, but this time he doesn't move away.  The friends join hands with a loud clap, praying that neither time nor circumstance will ever tear their bond asunder.
~~~~~~~~~~~~~~~~~~~~ 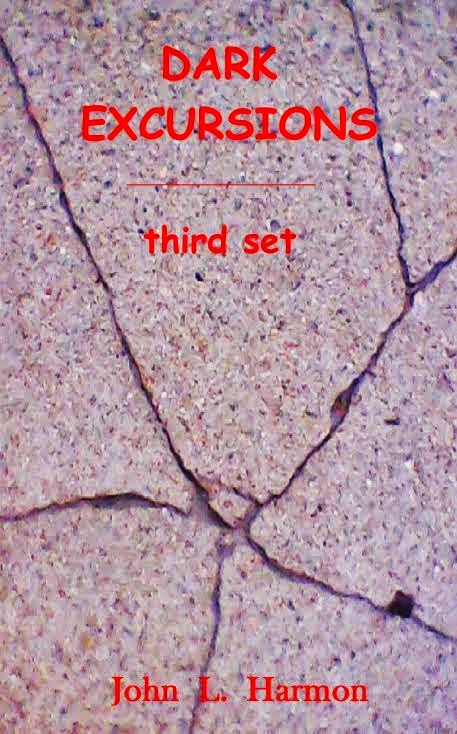 Be well, Readers, and Freak Out,

P.S.  Click WHIP to read about the excursion behind Dark Excursions.


He walks along the empty sidewalk, feeling as grey as the cement passing underneath his plodding feet.  This less than colorful life is not a permanent fixture, just a temporary mood stemming from his artist soul.

Words are not spilling forth from his vessel hands.  He knows it is not a simple case of writer's block because his cooking room is overflowing with boiling words, sentences, and paragraphs.  This greyness is of an emotional nature.

Depression is not what he feels.  He has visited that dangerous edge too often in the past to not recognize the spiraling darkness.  This mood is something else.  Something vaguely familiar, but different in context.

His mood, the sidewalk, the sky, the world, has been painted grey by uncertainty.  He has put himself out there as a writer after years and decades of writing in hiding.  Before, only the closest of the close were subjected to his words in whatever form they took.  He would write, they would read, listen, or watch and he was mostly satisfied.  Now, over a year and a half of literally opening his words to the world, he isn't certain of where he wants to go with his writing or what he wants from it all.  Is it enough for him to entertain or emotionally move an extremely select group of online individuals?

Deep down, in his artist soul, he knows the answer.  The only answer any creative person instinctively knows, though it often gets blurred by hollow numbers and empty self-doubt.  With this revealing thought, his plodding footsteps become a little lighter upon grey cement, leaving behind the beginning hints of vibrant color renewed…
Posted by John L. Harmon at 4:20 PM No comments: