A big thanks to Gil of Realweegiemidget Reviews and Rebecca of Taking Up Room for the opportunity to participate in The Home Sweet Home Blogathon! 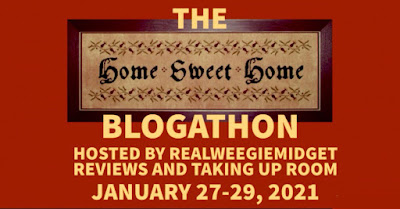 Home can mean shelter.
Home can mean comfort.
Home can mean family.
It was a family duo affair when I first experienced one of the darkest of dark comedies.
I was 16 and staying overnight at Sister 3 of 3's economy-sized apartment in Kearney, Nebraska.  We rented a couple of movies and only managed to stay up long enough to watch one.  The next morning, my sister and I sat down at the kitchen table for breakfast and the second movie.  While the videotape was slid into the VCR, scrambled eggs, hashbrowns and sausage patties were dished up.  "Play" was pushed on the remote and we began eating as PARENTS unfolded before our eyes. 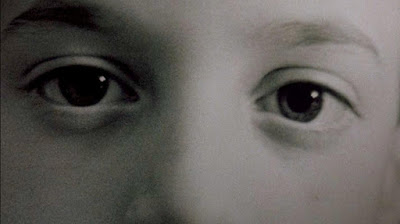 Michael is afraid.  What could a young boy be afraid of in 1950's suburbia?  He is living in a new town and in a nice, new home.  He is attending a new school filled with new faces.  Perhaps all the newness has enhanced Michael's fear of the one constant in his life.  His parents. 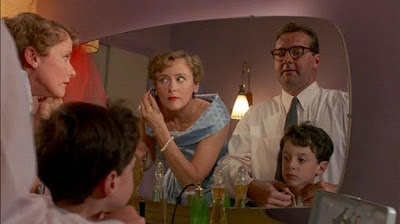 Nick and Lilly Laemle appear to be the perfect 1950's couple.  They find it important for their family to fit into their new life and they seem to have succeeded.  Nick holds a respectable position at TOXICO, the local chemical plant, where he brings home the bacon.  Lily keeps their new home neat and clean, where she prepares succulent meals of leftovers. 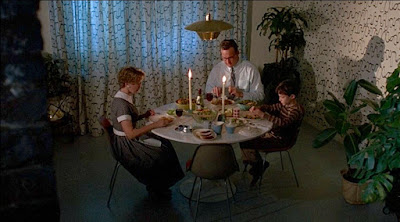 Michael hasn't been eating very well and this concerns his parents.  What also concerns them is the interference and intrusion of outsiders upon their home sweet home.  Sheila, a troubled, imaginative young girl from school, has given Michael a voice for his fears and given him the courage to seek answers.  Millie Dew, the eccentric school therapist, is asking Michael uneasy questions about his fears and is determined to find out what is going on in the young boy's world. 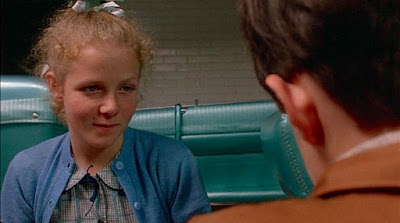 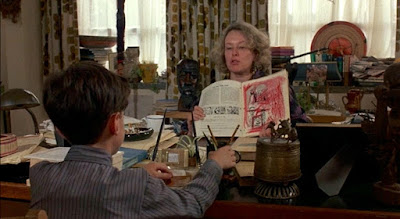 While the outsiders chip away at the false image of a  perfect home, there is a power struggle happening within.  Nick wants his son to grow up to be a man just like him and eat the same things he eats.  Lily also wants this but love for Michael causes her to hesitate here and there.  Michael doesn't want to be like or eat like his parents, especially since the leftovers may have once been people.  Who will triumph in this finger-lickin' familia face-off?  My lips are sealed. 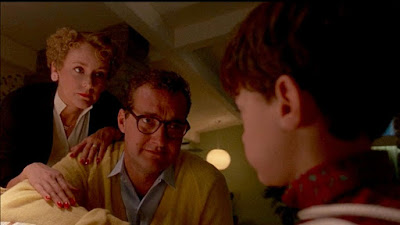 Given its premise, PARENTS should be a schlocky horror flick.  The writing and acting elevates the idea of cannibalistic parents into a moody mixture of claustrophobic suspense and uncomfortable humor.  Randy Quaid gives the best performance of his career as the intense and quietly terrifying father.  Mary Beth Hurt is brilliant as a woman torn between being a supportive wife and a loving mother.  Bryan Madorsky is haunting as the son forced to deal with unspeakable notions.  Sandy Dennis as the therapist and Juno Mills-Cockell as Sheila expertly adds to the off-kilter world of PARENTS. 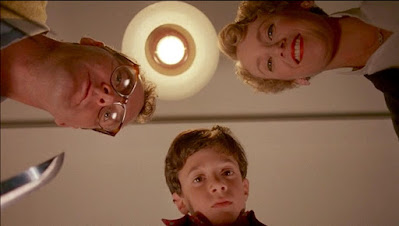 After the curtain call ending credits, I told Sister 3 of 3 that I couldn't finish my sausage patty.  The disturbing looking meat being cooked on screen eventually caused me to chew and chew and chew each bite of sausage in order to avoid swallowing it.  My sister didn't seem overly phased by what we had witnessed, but would later be disturbed when we were the only ones in a theater for DR. GIGGLES. That, however, is another post for another time. 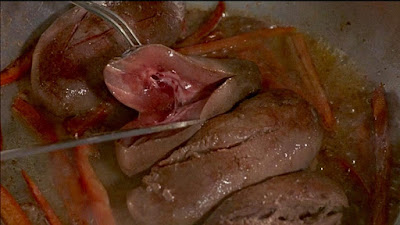 In conclusion, if you want to have an unsettling, but entertaining time with your family, curl up on the couch with no snacks and enjoy PARENTS.  Ok, fine.  If you need food, go for crunchy bite-size snacks.  (Insert finger food joke here)
SIDE NOTE: As of this post, PARENTS is streaming on AMAZON PRIME (US).
Freak Out,
JLH
P.S.  A different post about why a mother should never give her son a killer doll...
http://freakboyzone.blogspot.com/2019/10/freakboy-on-film-childs-play-2019.html
~~~~~~~~~~~~
A rockin ' new Collective Eye interview is opening in February!

Until then, take a peek at January's interview...