A freakboy confession...
I'm obsessed with soundtracks.  Consider the fact my desert island disc isn't from Julie Brown, The B-52's, Garbage, The Anchoress or even Perry Como.  I would want the soundtrack to BEYOND THE VALLEY OF THE DOLLS to keep me company while stranded in the middle of the ocean.

I'm so obsessed that I own soundtracks to films I've never seen.  For a time, JOANNA was one of them, but I finally saw the 1968 film years ago and it was an enjoyable, trippy romp, but it was the music that truly captured my soul.  Maybe it's because I experienced the soundtrack before the film.

The only reason I ever heard of this obscure cinematic gem is because it shares a director (Michael Sarne) with the infamous MYRA BRECKINRIDGE.  This knowledge was learned back in my younger, Omaha days and I searched high and low for a VHS or DVD copy of JOANNA.  I didn't find the film, but I unearthed the soundtrack on vinyl.  It was love at first listen. 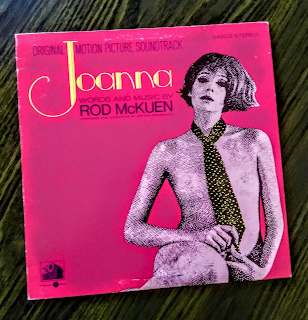 I spent many a night alone just losing myself in the words and music of Rod McKuen.  Instrumental music ranging from blistering optimistic joy to hauntingly bittersweet melancholy filled my ears, but it wasn't lonely.  I had Rod McKuen's words to keep me company.  He provided the vocal to one of my favorite songs from the album.

I'll Catch the Sun is an achingly beautiful song about finding anyone who understands.  It's a simple song expressing complex emotions and the lyrics are rather daring for 1968.  Rod McKuen uses the pronoun he when describing that anyone.  I initially obsessed over this subtle, singular moment for days, if not weeks.

Another song I really enjoy, even though it goes against the cynical, pessimistic persona I try to display, is Ain't You Glad You're Living Joe.  Director Michael Sarne provided the vocals and he manages to evoke the creamy, dreamy last days of summer.

There is also Hello Heartaches, vocals provided by Barbara Kay.  Her sultry voice, along with the mellow music, sends us to a smokey, underground cabaret, populated by lost, lonely souls.

My younger, Omaha days are far behind me and so is my record player.  I had not listened to JOANNA for many years and I really wanted to experience the soundtrack again.  I couldn't find it streaming anywhere, so I turned to Amazon.  I discovered that a CD of the soundtrack to the 1968 British film had been released in Japan, which, despite the absurdity, didn't surprise me.  After sorting past the heart-stopping expensive copies, I found one for around $10, shipping from Japan.  I placed my order and figured I would be waiting for a whole month as JOANNA made her way across the ocean. 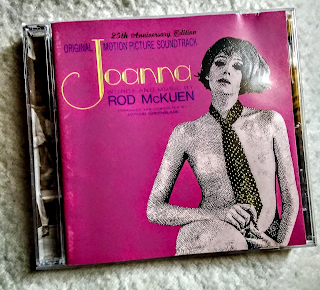 Shockingly, the CD arrived in approximately two and a half weeks and it was in like-new condition.  Even more shockingly, I didn't pop in the disc right away.  I waited until evening, when the world had fallen into silence.  Then I slipped on my purple enhanced headphones and was transported back to my old Omaha apartment. 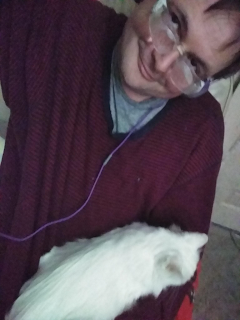 Miss Kitty traveled with me through time, which was perfection.  One of the songs I sing to her, yes I sing to my cats, is a slight variation of the title song to JOANNA.

In conclusion, I may have shared too much.  Also, the JOANNA CD was amazing because it was a far more complete soundtrack than the vinyl album.  Seriously, I think the CD was over an hour long!

Better watch out, BEYOND THE VALLEY OF THE DOLLS, there may be a new desert island disc in town!  ;) 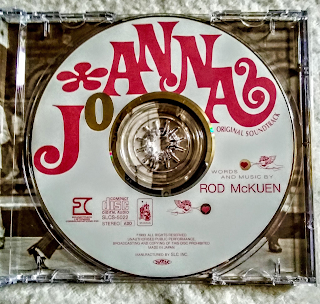 P.S. I will be blogging about MYRA BRECKINRIDGE later this month for The Second So Bad It's Good Blogathon, hosted by Taking Up Room.
https://takinguproom.wordpress.com/2020/01/21/the-second-so-bad-its-good-blogathon-is-one-month-away/ 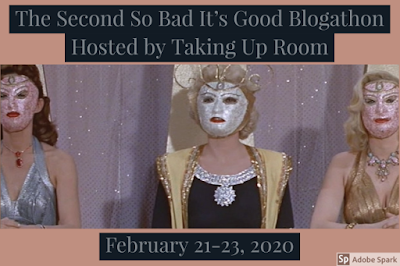