freakboy on film: BEYOND THE VALLEY OF THE DOLLS

"This is my happening, and it freaks me out!"
- Ronnie "Z-Man" Barzell

What can I say about a film that is cinema reflected, refracted, blended and magnified into a vividly colorful merry-go-round of sex, drugs, and rock 'n' roll?  For one thing, it is not a sequel to Valley of the Dolls, though it shares similar themes.  Mainly the core plot about three young women getting caught up in "the oft nightmare world of show business" as the beginning of the film states.  However, if you watch the screen tests on the DVD of BEYOND THE VALLEY OF THE DOLLS, you will see that it was originally intended to be a sequel of sorts through the character of Anne Welles in VALLEY, who became Susan Lake in BEYOND.  Presumably, because of Anne's/Susan's storyline, Lyon Burke became Baxter Wolfe.

The plot, if one can honestly call it such, is essentially Josie and the Pussycats on acid.  An all girl rock band The Kelly Affair is tired of playing high school prom gigs, so lead singer Kelly MacNamera suggests they head to L.A. where her rich Aunt Susan just happens to reside.  Petronella Danforth (drums) and Casey Anderson (guitar) seem game, but Harris Allsworth (band manager/Kelly's "boyfriend") is skeptical.  A slam-bang montage of images fuels Harris and Kelly's L.A. pro/con list, one of my favorite scenes, and Harris is soon won over.  In what must be the quickest and most hippie road trip ever, the group arrives, and after meeting Susan Lake and her skeevy lawyer Porter Hall, they soon hit the L.A. music scene by snagging an invite to a far out party thrown by the teen tycoon of rock Ronnie "Z-Man" Barzell.
Z-Man's party makes me think of a drug-fueled version of those "At the Dance" skits from The Muppets Show, though the overheard conversation is a bit more eye-popping.  ("I was so anxious to get out of bed, I stepped on her face.")  It is at this wild party where we meet, not only the incense and peppermint of Strawberry Alarm Clock, but also most of the other key characters.  Lance Rocke is a young stud looking for his next sugar mommy, and soon sets his eyes and firm body on Kelly.  Emerson Thorne is a sincerely nice waiter by night and law student by day, who easily falls for Petronella.  Roxanne is a fashion designer who sensuously appreciates the feminine figure, especially Casey's.  Ashley St. Ives is a man-hungry adult film star who prefers a Rolls Royce to a bed, and she desires to catch Harris in her web, car, chandelier, beach, etc.  At a later party we meet Randy Black, the heavyweight champion of the world, who can philosophize as quickly as he can fight, and he sees Petronella as the ultimate championship prize.  Last, but not least, is Baxter Wolfe who once proposed marriage to Susan Lake, but the time wasn't right for either of them.
Z-Man quickly changes the band's name to The Carrie Nations and usurps the role of manager from Harris, sending the band into the stratosphere of fame and fortune, and Harris on a downward spiral of booze and dope.  Through this kaleidoscope maze the characters deal with their relationship problems and personal demons.  All of the ungainly plot threads more or less lead to a private party at Z-Man's that goes from psychedelic wildness to a very bad trip.  I could tell you about all of the absolutely crazy things that happen in this film, but I hate the idea of spoiling the mind-boggling and jaw-dropping surprises that are waiting for you!
The acting has some surprisingly subtle moments, but, much like the film itself, there are a lot of magnified performances.  I suppose "over the top" could be a way to describe the acting, but to me that implies camp, and as bizarre as BEYOND is, it is played with a straight face.  No irony.  No overt winking-nods.  Even a melodramatic hospital scene, as unbelievably hilarious as it is, is acted in deadly earnest.  All the actors throw themselves into their unique parts in this unique film.

Roger Ebert, yes, that Roger Ebert, is the screenwriter of BEYOND THE VALLEY OF THE DOLLS, which leads me to think that he shouldn't have been so judgy about other films for all those years.  Don't get me wrong.  I love this film and that includes the script, but I'll admit that the story is kind of a mess, much like this review.  Especially when a major character revelation occurs near the end.  The surprise is certainly a surprise since it comes out of nowhere and makes little sense with what we see earlier in the film.  Plus, it's a shame there wasn't room to explore the characters of Z-Man and Casey on a deeper, more emotional level.  Now I'm being judgy because once on Siskel & Ebert's show, Roger Ebert went on a mini-diatribe against John Waters, which ticked me off.  I'm shocked that vile moment didn't end my love of BEYOND, but thankfully I ultimately see the film as all Russ Meyer, who is co-credited under story by.

I admit I've only seen two other films directed by Russ Meyer: Faster, Pussycat! Kill! Kill! and Mudhoney.  I barely recall the latter, but Pussycat is rather awesome and would make a perfect companion to BEYOND for a Russ Meyer double feature.  Meyer definitely had his hands in all aspects of production to keep these films aligned to his very ample vision.  While Pussycat and BEYOND have different plots, they are both cut from the same template in magnified acting, visuals and music.
Speaking of music...Stu Phillips rocks!  His score cascades from melodious to dramatic to melodramatic to suspenseful to exciting to humorous and beyond, perfectly matching the eclectic moods of the film. The songs performed by The Carrie Nations are a groovy blend of rock and pop, with lead vocals provided by the incomparable Lynn Carey, who sadly does not appear on the vinyl soundtrack, but did cowrite a couple of the songs.  Her powerful voice can be heard on the CD, along with more of Stu Phillips' versatile score.  Rounding it all up is Strawberry Alarm Clock rockin' out a couple of tracks and The Sandpipers keeping the title song nice and easy for you.
So hang cool, teddy bear, and experience the psychedelic trip of one of my favorite films, but remember...

"What I see is beyond your dreaming." - Cat Woman (no, not the Batman villain)

P.S.  I've read about the use of the 20th Century Fanfare in a particularly violent scene within the film and how some see it as Russ Meyer making a statement about the mainstream studio industry or something.  Personally, I think it was used in that specific moment to let the audience know that we are back to the flash forward shown during the opening credits.

P.P.S.  In case you missed my post where I elucidate the reasons why you shouldn't feed the plants...
http://freakboyzone.blogspot.com/2016/06/freakboy-on-film-little-shop-of-horrors.html 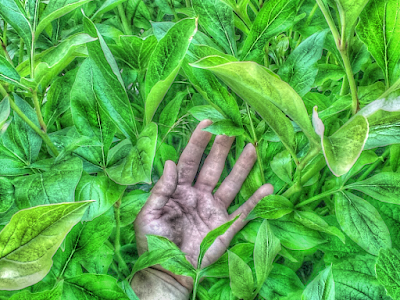