freakboy on film: THE DUNGEON OF ANDY MILLIGAN

It was the morning after Thanksgiving.  I was sitting in front of the TV, digesting my (mostly) made from scratch pumpkin pie, when it happened.  I received an Andy Milligan film in the mail while watching an Andy Milligan film.  This is when I began wondering if I might have a serious filmic problem.

I mean, in just a year I went from never having heard of Andy Milligan to obsessively searching for his films.  Even purchasing two players just so I could watch them.  Yes, I said two.  A friend suggested there might be an adapter to hook up a Blu-ray player to an older TV and there is, and it works.  If I had even thought about such a gadget before, I would’ve skipped the Region-free DVD player and went directly to the ARAFUNA Blu-ray player, which also plays multi-Region DVDs. 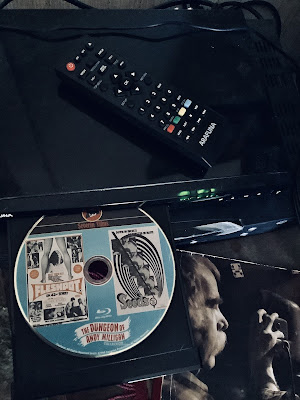 (I feel you judging me, but whatever!  Am I not supposed to use stimulus money to stimulate myself?)

Anyhoo, the reason for joining the Blu-Ray revolution as it’s dying is because I won an eBay auction for a 14 (technically 17) Andy Milligan film box set from Severin Films.  I knew in advance that 8 of the 9 discs were Blu-ray, so it was finally time.  Though it is a little sad that John Waters hadn’t already convinced me to upgrade.  This is a testament to either Andy Milligan or my obsessive personality or both.

Before this post becomes a novella, here is a list of four reasons to buy, love and obsess over THE DUNGEON OF ANDY MILLIGAN… 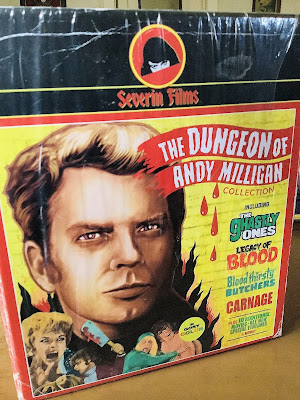 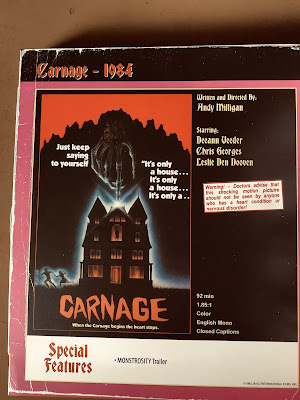 A few films get a posthumous Director’s Cut, which actually improves on disjointed perfection.  There’s more gore in the Sweeney Todd-inspired BLOODTHIRSTY BUTCHERS (1970) and the man-on-man kiss is uninterrupted in the exquisitely demented TORTURE DUNGEON ((1970).  Then there is a Milligan miracle!  Pointless, producer demanded non-character sex scenes are removed from SEEDS OF SIN and replaced with deleted footage to create SEEDS (1968), its original title.  This tale of family and murder is finally everything I wanted!  You also get to experience both the utter craziness of THE RATS ARE COMING! THE WEREWOLVES ARE HERE! (1971) and a rodent-free original cut called THE CURSE OF THE FULL MOON (1971). 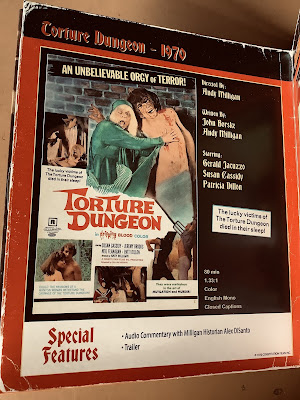 There are some entertaining audio commentaries, including on NIGHTBIRDS (1970) and THE GHASTLY ONES (1968).  You can also find a splattering of interesting featurettes.  A tour of film locations then and now is my favorite, probably because it highlights FLESHPOT ON 42ND STREET (1973) and GURU THE MAD MONK (1970).  Then, like a wet Andy Milligan fever dream, fans are treated to the trailer to lost film DEPRAVED! (1967) and one German language reel of the mostly lost THE FILTHY FIVE (1968).  I still need to take photos of my TV during the latter so my tablet can read the English subtitles for me.  Oh, there’s also a bonus film called TOGA PARTY (1977), but Andy only directed a handful of sequences and was uncredited.  It’s a mess, but it has some amusing non-pc songs. 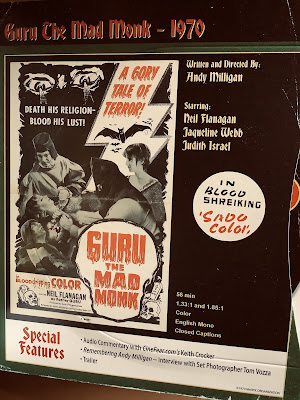 Sadly, this is not a soundtrack to an Andy Milligan film.  Happily, THE BEARDED LADY’S WAKE (1998) is an instrumental album from Milligan actor Hal Borske, best known as Colin Trask in THE GHASTLY ONES.  His music is rather beautiful and occasionally whimsical.  Sort of the antithesis of an Andy Milligan film. 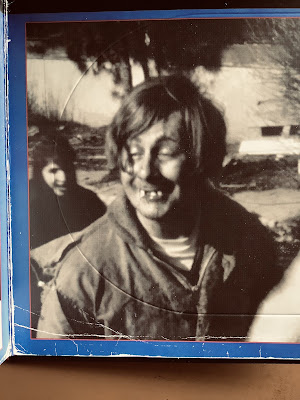 All that being said, there are a few things that disappointed me.  First, the lack of audio commentary on FLESHPOT ON 42ND STREET, but maybe not everyone loves this film as much as I do.  Second, the exclusion of existing footage from Andy Milligan’s unfinished film HOUSE OF SEVEN BELLES (1979), but it is streaming on MUBI.  Third, the absence of the trailer to his lost film TRICKS OF THE TRADE (1968), but maybe it was discovered after the box set was released.  These are just minor quibbles on my part. 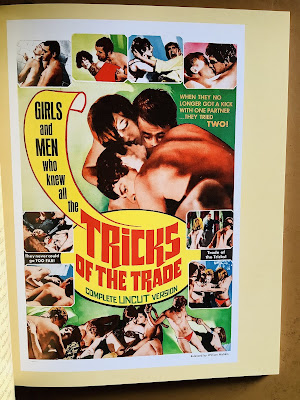 In conclusion, even if I do have a serious filmic problem, I have no regrets entering THE DUNGEON OF ANDY MILLIGAN.  So, if you want to have an experience unlike anything you’ve experienced, grab a pitchfork and follow the screams and histrionics to Andy’s inner sanctum of glorious grindhouse cinema.

P.S.  If you think this massive box set means the late Andy Milligan is finally through with me, think again! 😱😁

(Click the pic ⤵️ for my previous Milligan blog excursion…) 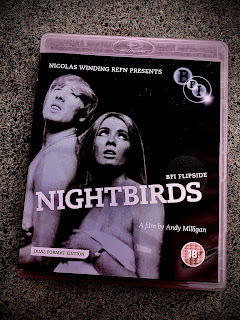