One of my favorite things to do is to take a chance on a film I know little to nothing about.  Sometimes I watch because of a movie poster (The Sweet Hereafter - 1997) or a title (The Man Who Killed Hitler And Then The Bigfoot - 2018) or even because the film was released by a familiar company (Mangus!- 2011).  There has been a mixture of hits and misses over the years, but nothing detours me once my mind is set on a film.

This thing I love doing continued recently at the library.  With my Mad Scientist Glasses on and focused, I was searching for something different to watch because I guess a freak can’t live on Andy Milligan films alone.  I pulled a recently added DVD off the shelf and studied its intriguing cover.  Two faces in profile were staring at each other with a long title in between on a white background.  The title was in red and black, but the font made it nearly impossible for my half-blind eyes to decipher.  Sometimes, if the words are large and plain enough, I can figure it out, but all I managed was… “MY…YOU TELL IT TO.”

Between the two faces, one of which I thought looked angry, and the mystery of the title, I had to see what the hell this film was about.  Yes, I could’ve asked a librarian or my sister about the title and the synopsis on the back, but where’s the fun in that?  So I took a breath, popped in the disc and hit play. 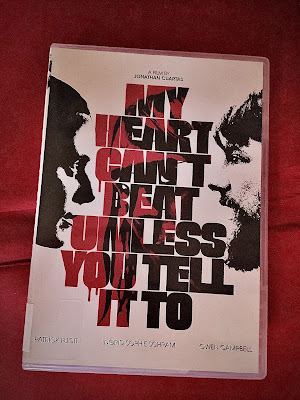 In conclusion, I consider MY HEART CAN’T BEAT UNLESS YOU TELL IT TO a hit on my list and it’s worth your time if you enjoy a moody film that makes you question how far you would go to help a loved one.

BTW, I figured out the title during an unexpected scene.

P.S.  Click the pic ⤵️ for more about family dysfunction and blood… 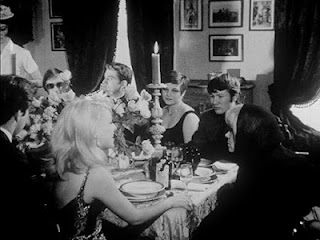 In case you want to go HAUNTING… 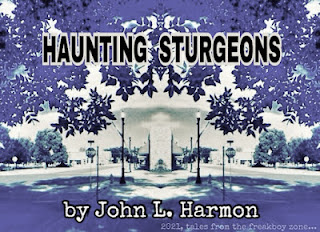