I could slip on my Mad Scientist Glasses and take photos of the TV screen or just look up a program schedule online, but my sister was already checking listings on the onscreen cable guide last Friday.  So, I inquired as to what was airing on Turner Classic Movies overnight.  When my sister mentioned FLESHPOT ON 42ND STREET, I asked in a most incredulously curious tone, "What is that about?"  When she uttered the words, transvestite roommate, I knew for certain I'd be waking up in the middle of the night to catch this TCM Underground flick.

FLESHPOT ON 42ND STREET (or, as it's also known, The Girls on 42nd Street) is about a worldly New York woman of the 1970's named Dusty.  Dusty is three months into shacking up with a guy and she's tired of listening to him bitch about her not having a job.  The final straw breaks when he asks her to tidy up the apartment while he's at work.  Dusty lulls his anger through seduction, and promises to do so.  Then, once he leaves, she tidies up the place by robbing him blind. 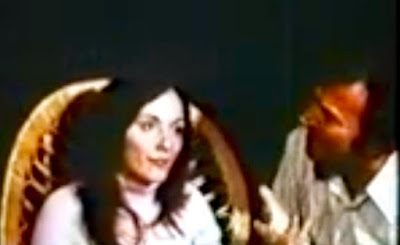 Dusty takes the hot property to a less than reputable (is there any other kind?) pawn shop.  The owner offers her $30 for the TV and jewelry, but Dusty wants more.  The classy owner offers her $50 if she joins him in the back room.  She does, they do and they leave the pawn shop.  He heads off to fetch lunch for the two of them, while Dusty claims she is going to use a phone booth across the street.  Instead, she breaks into the shop to steal more money and a nice broach.  Even hustlers need to look glamorous. 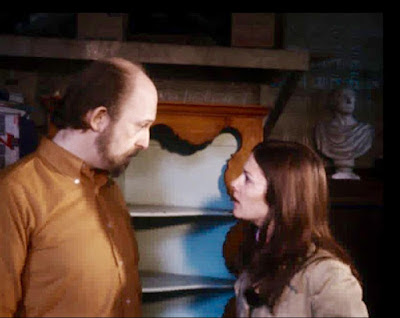 Speaking of glamorous, our ever-resourceful heroine lands on the doorstep of Cherry, a transvestite hustler with a sharp tongue and tricks to spare.  Her clientele are strictly men and when a weekly appointment spots Dusty, Cherry generously steps aside, but the trick makes it clear that he will be back next week for some Cherry. 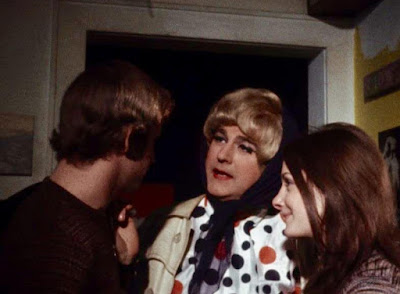 With all of Dusty's recent influx of income, she and Cherry go out on the town.  They end up at a bar where they spot Bob.  Bob, despite his Norman Bates demeanor, is a nice guy from Staten Island.  To nobody's surprise, Dusty goes home with Bob.  What is surprising is Dusty likes Bob so much that she doesn't accept money from him and doesn't want to rob him blind, even though he gave her keys to his home. 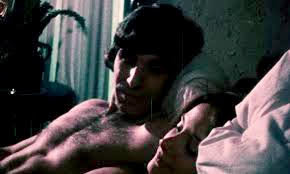 Will Bob be the fairy tale ending for Dusty, our hustler heroine?  Will Cherry ever afford a less grandmotherly wig?  Will I give away the ending that, quite literally, comes out of nowhere?  I seriously considered it, but decided to leave you satisfied, but wanting more, like a good hustler should. 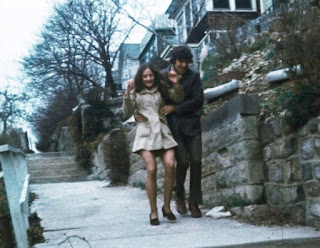 As for the acting, there is a natural 1970's feel to it.  Honestly, the performances are better than they should be.  Same goes for the dialogue.  The words are brazen, shocking and probably offensive to 21st Century ears, but there is honesty there.  Especially when Dusty doesn't want Bob to stare too deep into her eyes and when Cherry waxes tragically realistic about being an aging transvestite hustler.  I found it easy to feel compassion for these characters despite some of their horrible behavior. 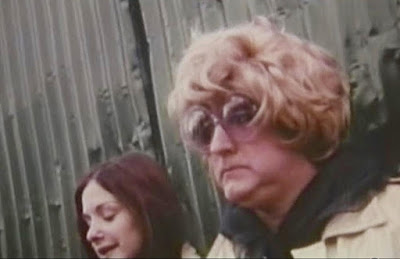 SIDE NOTE: While researching this film on IMDb, I was shocked to learn that Harry Reems, the notorious DEEP THROAT actor, played Bob!  Actually, the three leads all used assumed names.  Laura Cannon played Dusty and Nell Flanagan played Cherry.  Further research revealed what I watched on TCM was an R-rated cut of an X-rated film, which explains a lot.
In conclusion, if you dig obscure, gritty, indie films from the 1960's & 1970's, then FLESHPOT ON 42ND STREET may be the trick for you.  I have no regrets waking up to watch it at 1:30 am, and I would do it again.  Mainly because the DVD is out of print and is crazy expensive.
Thank you for reading or listening to my half-blind words.
Freak Out,
JLH
P.S.  A different post about a different obscure film I watched in the middle of the night...
https://freakboyzone.blogspot.com/2019/01/freakboy-on-film-butcher-baker.html 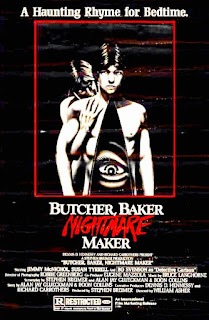 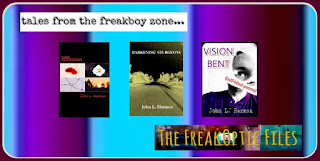