I offered a taste of horror for the first one and a doctoring of sci-fi for the second.  Now I’m going to get a little jazzy for The Third Hammer-Amicus Blogathon, hosted by Gill of Realweegiemidget Reviews and Barry of Cinematic Catharsis!

A small town has been infested with a sudden bombardment of swinging, gyrating, jazz-crazed teenagers!  These sudden pop-up dance parties have become such a nuisance that even the mayor can’t have a nice quiet cup of coffee anymore.  He effectively kills the mood by creating a law where businesses using jukeboxes and television sets must get an entertainment license.  What will the younger generation do now?

Will the disgruntled teens go on a Children of the Corn killing spree or, even worse, call Kevin Bacon for Footloose advice on really bad dancing and fighting for the right to party?  Thankfully no, they do what any teen would do in 1962.  Put on a show, of course!  Two particularly plucky teens (going on late 20’s) venture to the big city to find a DJ to host the show and watch a crazy amount of potential musical acts.  This will prove to the mayor and other killjoy grown-ups that jazz isn’t a corrupting influence, but a way of life.  Well, at least until The Beatles turn up in a year or two.

This is one thing that truly boggles my mind about Ring-A-Ding Rhythm!  I don’t know what teens in England were listening to during that weird time between Elvis and The Beatles, but jazz seems an odd choice.  Especially since it’s less beatnik jazz and more big band orchestra.  I mean, is cutting a rug to an uptempo version of When the Saints Go Marching In really considered corruptive or rebellious?  This ridiculousness, along with some almost Airplane! style humor, makes me wonder if this film is a satire of American rock ‘n roll flicks from the 1950’s.

Similar to Go, Johnny, Go!(1959) and Don’t Knock the Rock (1956), Ring-A-Ding Rhythm! has a threadbare plot that’s just an excuse to showcase musical talent and sell records.  I mostly enjoyed the performances, with a few that really stood out for me.  Gene Vincent is out of this world as he sings about taking a spaceship to Mars.  The Brook Brothers are squeaky clean cute as they sing a song ending in bigamy.  It was also great to see Chubby Checker, even though I could tell he was sick to death of doing “The Twist” yet again.

Then there is The Temperance Seven.  I had never heard of them, but they stole the film by embracing the nonsense.  This sedate group takes a slow ballad and turns it into comedy gold by having members of the band eating a meal or falling asleep while waiting for their turn to play.  Then, in a truly inspired moment of absurdity, the lead vocalist starts singing in French (I think) and subtitles appear.  I took a screenshot, zoomed in and discovered the subtitles were also in French!

The acting in Ring-A-Ding Rhythm! is incidental.  Helen Shapiro and Craig Douglas are fine as the plucky, sort of teens.  Felix Felton is amusing as the perplexed mayor.  Deryck Guyler is perfect as the narrator who tells the story and helps the plucky teens get to the big city by simply changing the film behind them.  The other teens and grown-ups do a serviceable job at basically being extras.

In conclusion, Ring-A-Ding Rhythm! is generally a fun film with some truly funny moments, but the never-ending performances can grow a little tedious.  However the nonsense of it all held my attention and amused me.  So, get your entertainment license and shake your bum to this oddball little Amicus production!  (I watched it on You Tube) 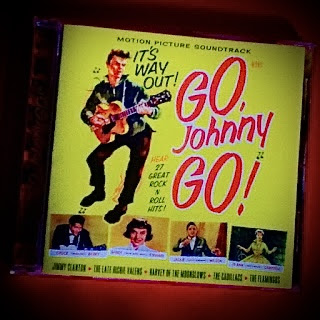 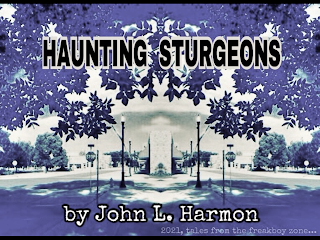