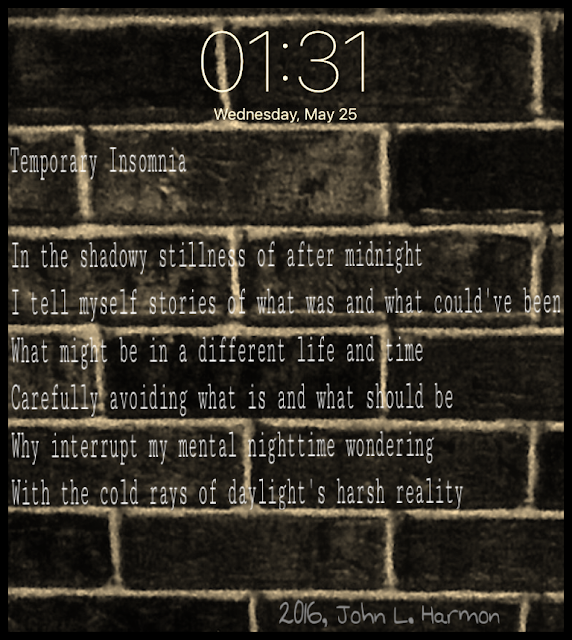 Freak Out,
JLH
P.S. Please click AFTER DARK for another insomnia-driven post.
Posted by John L. Harmon at 1:44 PM 4 comments:

A Lonely Sock (poetry from the sock drawer)

P.S. Please read the following review from the most recent visitor to Sturgeons… 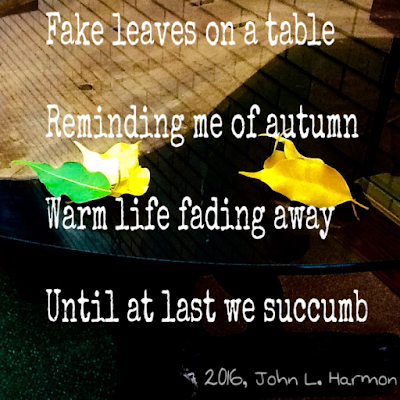 P.S. Click ONLINE for another photo-poem thing.
Posted by John L. Harmon at 8:23 AM No comments:

He couldn’t bring himself to say it.


It should have been easy to say, but his mind, heart, and mouth were not functioning in conjunction.  He let the moment slip by, allowing them to continue seeing him as a phantom haunting the periphery.  A diaphanous form without identifying marks or traits.  A vague shadow disappearing into the ether.


His one truth remained unspoken, coagulating in the back of his throat.  One truth that is truer than any of the fluctuating truths that comprise his contradictory inner being, but somehow it pains him to speak it in public.  Even in the privacy of his own mind-bubble, the direct words cause him to shake his head in doubt and disbelief.


Perhaps one day, in the future-perfect of tomorrow, he will strip away his hard-earned veneer of self-doubt and speak his truth for them to hear and deal with.  Yes, it will be difficult and there will be naysayers, but he may find sweetness in the physical hereafter once the searing words are released into the real world.  Only then will he no longer be a vague, diaphanous phantom.


He will be an indie author.